Home Politics 4 Years of Modi Govt. : What Ministry of Railways achieved so... ● Striving towards a ‘Zero Accident’ railway system: 63% reduction in fatalities from 152 in 2013-14 to 57 in 2017-18
● Best ever safety record in 2017-18: Less than 100 accidents recorded in a year. 62% reduction in consequential train accidents from 118 in 2013-14 to 73 in 2017-18
● Speedy execution of track renewals to prevent accidents: 50% increase in track renewal from 2,926 kms in 2013-14 to 4,405 kms in 2017-18
● Total switchover to production of safer LHB coaches
● 1.1 lakh safety posts being filled-up through recruitment
● 5,469 Unmanned Level Crossings have been eliminated in the last four years. Average pace of elimination is 20% more than that of 2009-14.
● Average speed of construction of Road Over Bridge/Road Under Bridge is 59% more than that of the average achieved between 2009-14
● CCTV/Video Surveillance systems being installed at all trains and stations
● Under Safety-First Policy, maintenance blocks for asset repair prioritized
● Rashtriya Rail Sanraksha Kosh (RRSK) fund of Rs. 1 Lakh Cr to be spent on safety over five years created with focus on asset renewal and elimination of Unmanned Level Crossings to improve safety on Indian Railways

● North East is fully integrated with rest of India with the entire network converted to Broad Gauge
● 3 times increase in the average speed of completion of New Lines per year from 21 Kms between 2009-14 to 68 Kms between 2014-18
● Rail connectivity established with states of Meghalaya (Dudhnoi-Mendipathar), Tripura (Kumarghat-Agartala) and Mizoram (Kathakal-Bhairabi)
● Train connectivity established for Itanagar and Silchar to Delhi
● 1,397 Kms of New Lines projects costing ~ Rs. 51,428 Cr in progress

● National High Speed Rail Corporation Limited (a joint venture of Govt. of India and State Government of Maharashtra and Gujarat) to execute the project
● High Speed of the train will reduce travel time from approx. 8 hrs to 2 hrs
● Enhanced safety through Japanese Shinkansen technology. A record zero fatalities in 50 years and train delay record of less than a min
● Low cost funding from Government of Japan at miniscule rate of interest has ensured the project is affordable
● Generate employment for about 20,000 workers during the construction phase

● Commissioning of Western and Eastern DFCs (2,822 Kms) in phases by 2019-20
● Lead to reduction in freight travel time, transportation cost and de-congestion in existing network
● Bring economic development and job creation by connecting factories and farms to ports
● Project has witnessed a major leap
o First goods train successfully run between Durgawati-Sasaram (56 km) on down-line in March 2016 and up-line in June, 2016
o Civil works in Ateli-Phulera section (190 km) have been completed and trial run successfully conducted at a speed of 100 kmph in March, 2018
o Sone Bridge between Dehri-on-Sone & Sonnagar in Eastern DFC, the largest bridge (3060 mtr) on DFC completed in November, 2017

● Agreements for setting up of Electric Locomotive Factory (ELF) and Diesel Locomotive Factory (DLF) signed in November 2016 with M/s Alstom and M/s GE Diesel Locomotive Pvt Ltd respectively
● The projects would bring in FDI to the tune of Rs. 2,400 Cr and would be supported by a combined order book of almost 40,000 Cr in the initial 11 years
● The first locomotive from Electric Locomotive Factory (ELF), Madhepura has been flagged off by Hon’ble Prime Minister
● First diesel locomotive received at GE factory in Marhowrah, Bihar and is under trial
● Factory for manufacturing Diesel Electric Multiple Unit (DEMU) rakes at Haldia built in January, 2015 and capacity of manufacturing 50 rakes of 8 coach DEMUs per year
● Coach Manufacturing for suburban and metro trains at Latur, Marathwada
● Production Unit for refurbishment of LHB coaches sanctioned at New Bongaigaon, Assam
● DEMU / Mainline EMU Shed sanctioned at Lumding, Assam
● Coach refurbishment facilities planned at Jhansi, Bundelkhand and Sonepat, Haryana

● More than 1,25,000 bio-toilets fitted over 34,400 coaches. All trains to run with biotoilets by March 2019
● Integrated Mechanised Cleaning at 488 major stations and On-Board-Housekeeping on more than 1000 trains
● Cleanliness on tracks: Automatic Rail-mounted machine to clear muck started in Delhi 12) Station Redevelopment: A Leap Into The Future

● Capacity of e-ticketing increased from 2,000 tickets per minute to 15,000 tickets per minute
● Cancellation and refund of tickets made easier – automatic cancellation and refund in cases of train cancellations and cancellation of tickets through IVRS without physically coming to the reservation centres
● SMS services started on 1,373 trains for informing passengers about any delay in trains
● ‘No Bill, Free Food’ Policy: Point of Sale (POS) machines introduced in trains to implement compulsory billing of food aboard trains to overcome overcharging
● Tie up done with a taxi hailing service provider for providing convenient cab and auto service facility for passengers
● Passenger grievances resolved in real time via Twitter Seva
● Catering has also been a focus area with compulsory printing of MRP on all food items started on more than 300 Trains ● Point Of Sale (POS) machines will lead to cashless transactions. POS machines have been installed at more than 4,000 locations of Indian Railways. State Bank of India has been mandated to install 10,000 POS machines at various locations
● Service charge of Rs. 30 applicable on transactions against credit and debit cards for purchasing tickets at Passenger Reservation System and Unreserved Ticketing System counters has been withdrawn This is certainly achievements of applauds. Kudos to the architect of such achievements : Suresh Prabhu & Piyush Goyal. 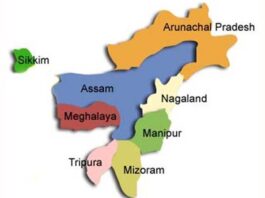 ABOUT US
Source of your wisdom
Contact us: [email protected]
FOLLOW US
© Copyright Top News Flash 2018 | Powered By Tan Solutions